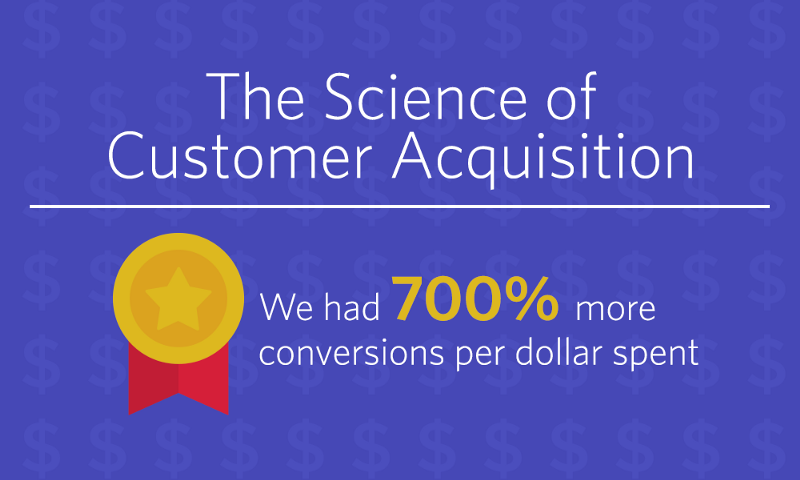 The science (or magic) of customer acquisition

But it ultimately can be one of the most effective and profitable routes on social.

Which happens to be Zooka’s specialty.

Stockpile is a fintech startup that sells fractional shares rather than whole shares. They want to democratize the stock market and make it accessible to anyone.

First things first: we added the Facebook Pixel to Stockpile’s website so that anyone who visits could potentially be retargeted on Facebook or Instagram. More importantly, installing the Pixel would allow us to monitor conversions of our lead gen campaign, and thus the success and effectiveness of the ads.

From there, Zooka strategists developed distinct personas on Facebook to directly target our ads, like the ever-elusive millennial demographic.

We also created a lookalike audience to compare results and see which group outperformed the other, all in an effort to maximize our budget according to best practices. A lookalike audience is a way to reach new people who are likely to be interested in your business because they’re similar to existing customers.

Through three phases, we ultimately achieved success well under industry benchmarks by:

We went in knowing that finance might not be the easiest sell — that it may require implementing a funnel system to mirror a brand awareness → consideration → conversion funnel. This phase was designed to get traffic to the website and retarget anyone who’s shown interest.

Conversion optimization (with ad sets to analyze results) on mobile and desktop, using the same lookalike vs persona setup as Phase 1.

We installed the FB pixel early on to monitor progress. It’s how we kept track conversions and the success of Phase 2 of the campaign. This pixel fire audience was over 40,000 people, thanks in large part to the traffic optimization of Phase 1.

For this phase, we also sweetened the deal through a referral program, offering free stock to friends and family.

Much of the success of this phase was because the audience was retargeted from previous phases, meaning they already had some sense of familiarity with the brand.

From this campaign, our huge takeways are 1) any time you run a lead gen campaign, you absolutely should create a lookalike audience, and 2) you must track conversions through the pixel.

Suffice it to say, the lookalike outperformed the personas on almost every count. The cost per result stayed consistently low and a fraction of the average cost-per-lead benchmark in finance.

That’s a total of 700% more conversions per dollar spent.

Because of these incredible results, we are now working on a follow-up campaign with Stockpile.